Unpacking the Art of Horsemanship

It has been said that history was written on the backs of horses, their role in the lives and development of the human species being so vital; so integral. But for the vast majority of their domesticated history, horses were seen as mere possessions; as instruments of mankind and vehicles with which to advance their cause. Fortunately, recent years have seen a paradigm shift where horses lovers, competitors, and agricultural members alike have started to view the role of horses and our relationship with them as being more of a partnership. We have come to identify and understand the unique needs of each horse, and seek to fulfill them. We have seen the overall well-being of the horse; not only physically, but mentally, and emotionally, become of greater and greater influence, and it is this line of thinking that ultimately resulted in the birth of what is now understood as horsemanship. 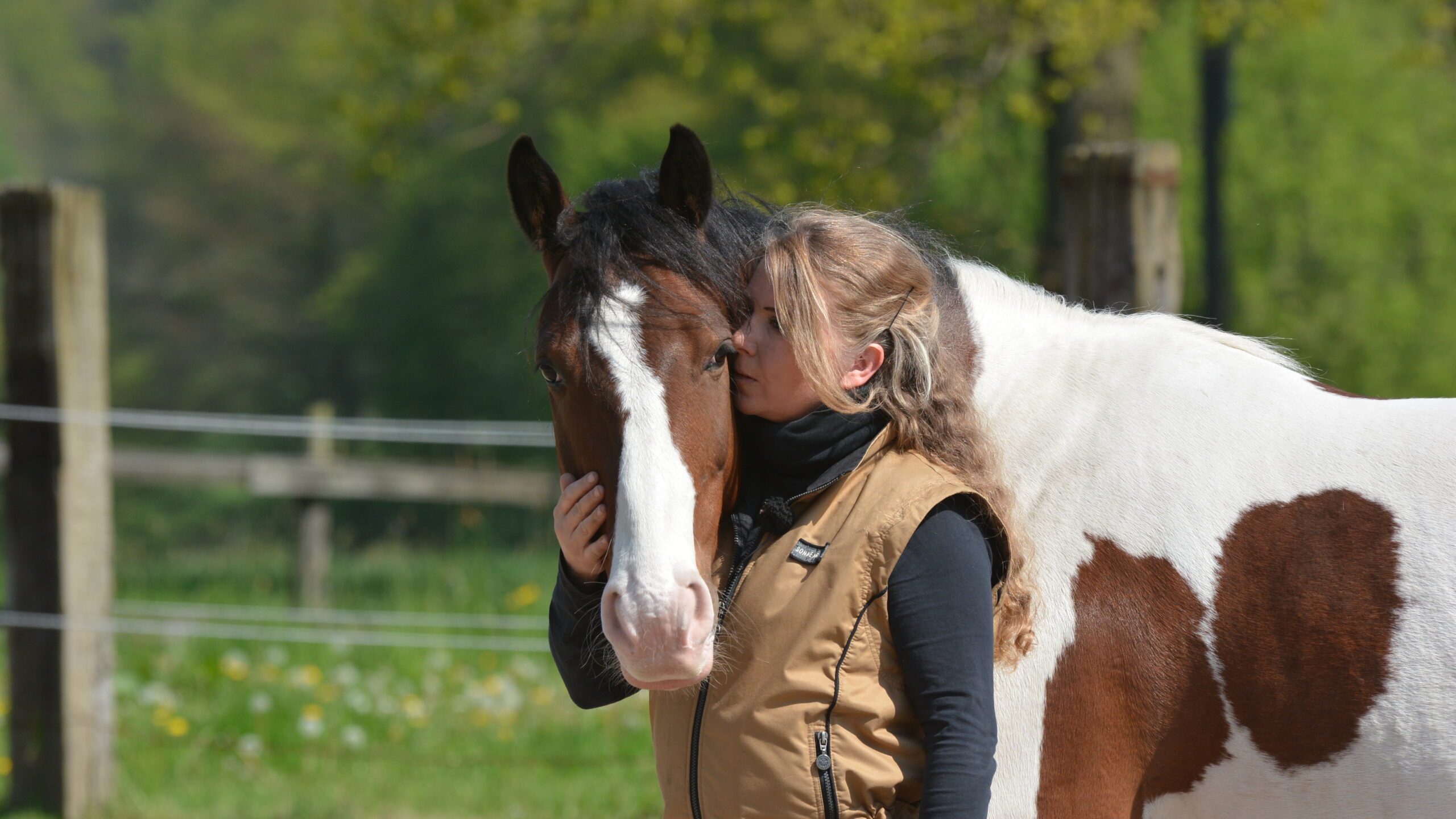 Horsemanship relates to one’s ability and philosophy regarding the raising, handling, training and eventual riding and competing of one’s respective horse. In days passed, there existed noconcept of horsemanship. Generally speaking, horses were perceived as being property, as mere possessions. They were objects that could be used in barter, to purchase and to sell; to own and then discard. The equine functioned under a philosophy that horses were simply animals that needed to be “broken” or subdued; their spirits broken down into the perfect little machines that humans only needed to fill their will; only needed to perform a variety of different work tasks and then be disposed of once they could no longer perform their given functions; once they were no longer “useful” to us.

2. A New Way of Thinking

At its most basic level, horsemanship refers to any act involving interaction between a human and a horse. However, as an art, true horsemanship encapsulates all that is possible between a horse and a handler when they establish a collaborative partnership. This partnership is a complex relationship. It is multifaceted, as rich and rewarding as it is challenging and complicated. But if approached with fidelity; if regarded with respect and reverence and purpose and passion, it is one of the most rewarding relationships one can ever experience.

Begin at the Beginning

This may seem a bit overwhelming for some owners, and some equestrians may not even know where to begin, but the trick is really to just be patient, and simplify the process. Like any formidable relationship, developing trust takes time. Typically, it is best to begin at the beginning.

Before even beginning to work with a member of the equine species, of critical importance is an understanding of a horse’s innate, biological, behavioral framework. As prey animals, the horses fight or flight response remains a powerful survival tool the animal depends upon when experiencing a threat in any given situation. As a trainer, bear in mind that stress will be an inevitable part of the learning process between you and your horse, but what you choose to do with it remains up to you.

Historically, many trainers exploited this genetic modality to further subdue their animal, utilizing fear as a means of motivation to literally force a horse to comply. If a trainer, or rider, wanted to make a horse move faster, they could utilize a whip to literally scare their animal into moving faster. All this technique works to do is make for an animal whose fear is only further heightened, producing an animal that is both unpredictable, as well as incredibly unsafe. There is no learning taking place here, only forced coercion, and it is through conditioning and the use of threatening stimuli that horses are conditioned to behave a given way. This works in direct opposition to one of the primary principles of horsemanship in that it displays a significant disregard of respect for the horse, as well as an indifference to their overall well-being.

The quality of interaction with a horse and subsequent development of one’s horsemanship begins the moment you first interact with the horse. Body language is of particular importance as it relates to intimidation or a therapeutic, calm, relaxed stance and while both on the ground, as well as in the saddle, it is incredibly important to be mindful of how you are using your body and what you are communicating through it. Naturally, trainers disagree about how much verbal interaction should be taking place when working a horse, but if you are to use verbal cueing and communication, it is best to use a calm, quiet voice. The same is true of your approach on the ground. Approach your horse calmly, supportively, and when engaging in touch, which is a wonderful way to build rapport with your riding partner, use a gentle hand and a kind touch. Yelling and hitting has absolutely no place in the arena or in the round pen and only works to disassemble the relationship you have already developed by triggering that biological fear response and communicating a lack of respect, care and concern.

Naturally, no two trainers share identical beliefs about best practices relating to horsemanship. Perhaps this is what makes it so elusive; so enigmatic, so imperfect, so beautiful. And truly no two approaches should look the same, just as no two horses; no two trainers are the same. Like any good student, every horse learns differently. Each presents his or her own weaknesses, along with a unique set of aptitudes. Each hose communicates differently. Your role is to listen.

And just as you listen to your horse, he or she should always be listening to you. But before you can even begin to listen, you have to be the one–to be the first one to establish trust, and this is developed and nurtured through a mutual respect for one another as well as exhibiting care, concern and a desire to maintain the health and well-being of your horse.

Another key component that permeates every aspect of the development of horsemanship relates to consistency. Like any healthy relationship, your response to any given behavior, given the context, should be predictable. Consistency allows a horse to feel safe in that they know what to expect. The reliability of your response, or your actions, is also what allows learning to take place, so it is critical that your feedback be immediate and consistent while developing a young horse.

How does one even begin to quantifiably gauge the many facets involved in the makings of good horsemanship? What components play a vital role in developing the exceptional relationship between horse and rider? The subjective nature of this question in and of itself seems overwhelmingly difficult to answer. But in 2017, the International Federation of Equestrians, or the Fédération Equestre Internationale (FEI) did attempt to answer it, and in doing so, was able to compile some groundbreaking information regarding the many facets of horsemanship, providing the first piece of literature of its kind.

Beginning with a Question

In 2016, the Fédération Equestre Internationale began work on the development of a research project after a comment made by Olympic gold medallist, Steve Guerdat. During the 2016 FEI Sports Forum, the organization began work on the development of a study that would attempt to answer the question, “What factors contribute to exceptional horsemanship?” During that year’s forum, Guerdat was overheard criticizing the organization’s judging criteria, having been quoted saying, “People need to learn to follow procedures. Judges need to learn that, but one thing we cannot miss is the horsemanship these people should have. Yes, we need rules, the rules are black and white, but we must not forget we have a horse in our sport. A living animal and the officials must understand the importance of horsemanship.” Over 100 different persons from equestrians who participated in various events and disciplines internationally, and found that good horsemanship consists of the following fourteen elements:

The list developed by the FEI is truly the first of its kind, and although it is almost certainly going to undergo change as more research is conducted on the equine/trainer relationship, it is still an incredibly complex set of criteria. Is it possible to develop a loving, positive, productive relationship with a horse without meeting every single piece of this criteria? Certainly. But if you are truly working towards exceptional horsemanship, the overarching goal should encompass using each of these ideas as a means of reflecting on your practice and honing your craft in an effort to bring you and your riding companion closer and closer, each and every day, to becoming the best you can both possibly be.

Throughout the course of history, the perception and role of horses in the lives of humans has changed dramatically over the years. Most equestrians would argue, for the better. Rather than simply being receptacles of our demands, instead, the relationship most of us share with our horses today is a partnership founded on reciprocal learning, trust, and mutual respect. The pursuit of excellence in horsemanship is a lifelong affair; each and every interaction bringing with it new insights and better approaches. Imagine what horsemanship will look like in the years to come. Like any pursuit worthy of pursuing, it will only get better with time.

Horse massage, acupressure, and more to build your relationship

Have you ever tried massage, acupressure, stretching, or any other ways to strengthen your relationship with your horse when you’re not riding? Again and again