Getting a Handle on Rearing and Bucking: A Time and a Place for Everything

We’ve all seen it—that climactic moment in the Old Westerns where our hero is seen against a fiery orange sunset, just about to take off to capture the villain, and the climactic horse rearing silhouette is seen sharply contrasted against the desert sunset. The horse is heard whinnying loudly, just before the pair takes off in hot pursuit of the bandit. Or perhaps you’ve seen other Westerns that feature that exciting, likely comical scene where the cowhands are seen breaking the unbreakable horse; popping up and down in the pen as the bronc bucks until he literally runs out of steam.
Fewer horse behaviors in popular culture have become as glamorized as horse rearing and bucking, but what actually causes horse rearing and bucking? What triggers or causes these behaviors to occur, and are they as exciting as they are depicted to be?

What Exactly is Horse Rearing?

Horse rearing is defined as the act of a horse, or other equine species, shifting its weight to balance on its back legs only, with both front feet notably off of the ground. Although horse rearing is the single most glamorized behavior in cinema and in popular media alike, horse rearing can prove incredibly dangerous, and is rarely desirable for the modern-day equestrian.

The Potential for Pain: The Problem with Horse Rearing

The biggest issue with horse rearing occurring with a rider mounted relates to balance. It is far more difficult for horses to remain upright while with rider, posing the potential for a fall. In the wild, horses only fall approximately .o1%. That figure grows exponentially while ridden in the ring or on the trail.

If and or when a horse does lose his balance, he can fall on equipment, breaking or damaging it, or even worse, can fall on the rider himself, causing severe injury and in some unfortunate cases, even resulting in fatality.

So, What Causes Horse Rearing?

There are several different reasons that one might observe a horse rearing. One such cause relates to fear. When met with a threat, a horse’s fight or flight response will immediately be triggered, causing the autonomic nervous system to become activated and the sympathetic nervous system to pumps adrenaline, or epinephrine into the body, preparing it to either challenge the perceived threat, or quickly flee the situation.

A Biological Perspective: To Flee or Not to Flee?

Being animals of prey, horses possess an innate, biological fight or flight response that is among some of the most sensitive. Although very large, very heavy animals, a horse is preprogrammed to immediately engage in flight when confronted with fear-inducing stimuli.

For those of you who own horses, or have worked with horses, you have likely seen this before. You take a break during lunch, and some innocuous object, perhaps a banana or the opening of a fizzy drink, throws your horse into a spook, and he jets off before you can even counter the response.

This biological, survival skill is a result of an evolutionary need for survival. Throughout time, when faced with any type of danger, horses have had to choose to either fight or to flee, and when paired with a rider, the chances of survival are significantly lessened.

What Are Other Causes of Horse Rearing?

However, fear is not the only cause of horse rearing. Other causes include, but are not limited to:

With that said, as a trainer, you must be aware of the triggers or stimuli that will induce fear in your horse, and will potentially result in horse rearing. Like any obstacle, it is always best practice to go back to the basics. If, for example, your horse has developed a fear of bridges, and you note that horse rearing is taking place on your approach to these obstacles, return to groundwork and recover the fundamentals to prepare him for success. Remember, no matter how overwhelming, there is a solution to every problem, you simply have to endeavor to keep trying until you find it.

So then, what is bucking, and what causes this behavior in horses? Bucking is a specific movement characterized by a horse or other member of the equine family lowering his or her head while engaging and subsequently raising his hindquarters, while kicking up into the air. Although this spectacle may seem exciting for onlookers, it is an incredibly dangerous behavior to endure for the rider.

What Causes Horses to Buck?

Like rearing, specific factors contribute to a horse that feels compelled to buck. Additionally, many of these factors play a role in the observation of horse rearing, so it is quite possible to reduce both behaviors, simultaneously, by identifying the correct antecedent. Among these causes are:

Identifying the cause of the bucking or the root problem is the most important step in eliminating this unwanted, often incredibly dangerous behavior. Failure to isolate the correct issue will result in a failure to remedy the issue. Begin by addressing your horse’s physical condition. Ask yourself the following questions:

If there seem to be no physical issues, move on to an equipment check. Begin by checking your bridle. Check to see that the bit you are using is in good repair and is a good fit for your horse’s mouth. Ensure that it has been adjusted appropriately, to allow for on-contact communication while not creating discomfort for your horse.
Check your saddle. Ensure that it is in good repair and fits your horse’s back appropriately.

Remember that horse rearing and bucking are both healthy, natural behaviors for horses. These movements can express joy just as easily as they can discomfort, the only problem being that they simply pose a danger to the trainers and riders who handle them if exhibited while working.

A Saying Old as Time

Again, if your horse has begun exhibiting these behaviors on a frequent basis, remember to be patient. It is likely not his fault, as he may be experiencing discomfort due to a physical ailment or poor fitting tack.

Perform your checklist. Ensure his overall physical well-being alongside the quality and fitting of the equipment he has been equipped with. Following those assessments, if you find that the behavior stems more from behavioral issues, simply return to the basics.

Horses are grand creatures, capable of a variety of unique movements and maneuvers. Bucking and horse rearing are two such behaviors. Horses were designed to be able to perform them. However, nothing is of greater importance than the safety of you and your horse, so it is essential that these behaviors be avoided while your horse is under saddle.

Deep Breaths: You’ve Got This.

Every good trainer will find herself frustrated at some point during the process. Like humans, horses are creatures of habit, and also like humans, they are fully capable of developing odd quirks and tendencies. But remember, there is nothing; absolutely nothing that you and your horse cannot overcome, as long as you are working together and are always moving towards positive change. 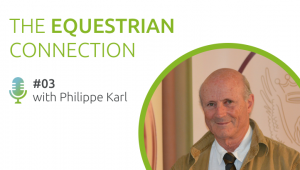 Philippe Karl is world-famous for the Ecole de Légèreté (School of Lightness). The principles of 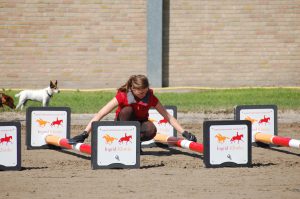 Nowadays interval training is used in many areas of equestrian, but most commonly in eventing and endurance. This is because high levels of stamina are required.

Does your Saddle Fit? 10 Steps to Find Out!

A well-fitting saddle is worth its weight in gold! Unfortunately, the search for the right saddle is a topic that drives many riders to despair.

Loading Horses in the Trailer: A Step By Step Approach

Imagine your friend leading you up to a porta-potty-sized box, and telling you to get in. What would you say? How might you feel? What would you be thinking? And most importantly, would you get in?