The Origins of Working Equitation & The Role of Classical Dressage

Of all the disciplines and events in the world of equitation, Working Equitation is perhaps the newest. Although relatively established in the European world, American riders have embraced the elements of this hybrid discipline and horse people from all backgrounds are becoming increasingly involved.

The origins of Working Equitation can be found in the countries of Portugal, Spain, France, and Italy, although it very quickly expanded to include the involvement and influence of Germany, Sweden, the United Kingdom, as well as Brazil. At its core, Working Equitation combines the equitation practices of a variety of cultures and locales with the goal of promoting varietal techniques of using the working horse for agricultural reasons; working on farms, ranches, and with livestock. 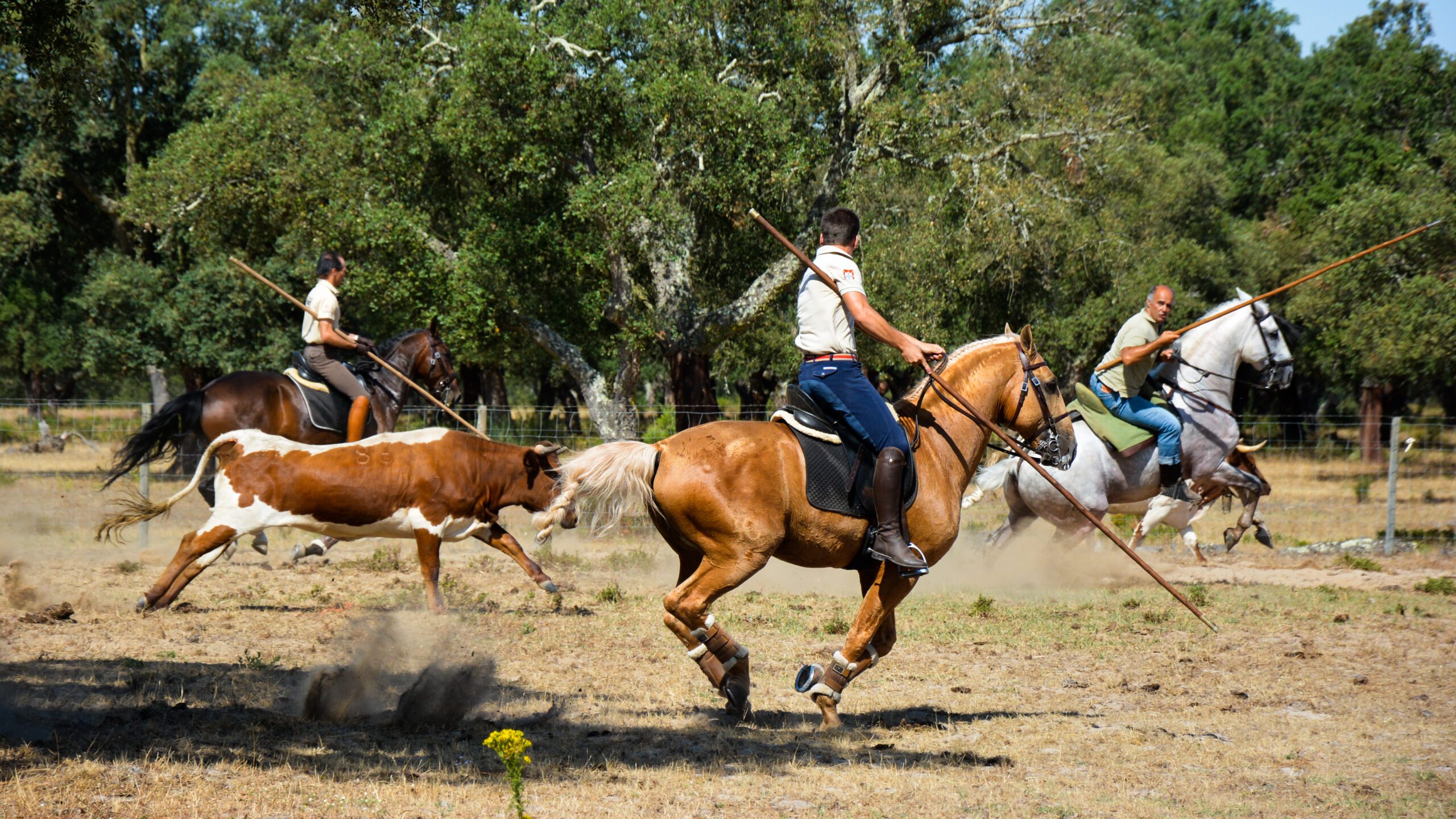 Taking Working Equitation to the Next Level

In the United States, there are currently five different performance levels to differentiate between horses and riders at different stages of advancement in the discipline of Working Equitation. The levels are as follows:

Within the competition itself, there exist four separate phases judges can use to assess any given competitor’s overall ability. The components are as follows:
1) Working Dressage
2) Ease of Handling, with Obstacles
3) Speed Obstacles
4) Cattle Handling

Working Equitation is a sport founded upon elements of dressage, so it makes sense that each level would incorporate a dressage trial. For this trial, the competitor must memorize a predetermined pattern that will require maneuvers based upon the level of difficulty the rider is competing in. A rider competing at the introductory level would not be asked to perform a flying lead change, or a pirouette, but those are precisely the types of maneuvers that riders would be required to showcase at the advanced or masters levels. Judges utilize a scoring rubric that mirrors those rubrics utilized in dressage, scoring each maneuver on a scale of 0-10; with 10 being excellent and a score of 0 indicating a failure to perform, and provide collective marks at the conclusion of the phase to gauge overall impulsion, submission, paces, rider, and presentation.

The Ease of Handling trial requires competitors to navigate a variety of obstacles to showcase their overall control of their horses. Again, judges use a scoring rubric ranging from 0-10 with the same indicators. Similar to the dressage trial, upon the conclusion of phase II, judges award collective marks for components including: the horse’s impulsion, submission, quality of transitions, and the rider’s effectiveness. Ideally, judges are looking for collected horses that consistently maintain an even, forward-driving rhythm, move from one obstacle or task to the next demonstrating smooth transitions, and an overall symmetrical performance that really focuses upon the quality of geometry created by horse and rider when completing these patterns.

The third phase of competition is a crowd favorite as it is a trial where competitors showcase their horse’s speed and willingness and effectiveness in completing tasks cleanly and efficiently. This portion of the competition often finds competitors completing the same tasks required of them in the ease of handling component, though with this run, the emphasis is on speed. Top competitors will complete the course with the fastest time. Penalties accrued during the run add time to a competitor’s overall performance, however; conversely, some tasks may reduce a rider’s time if performed perfectly with the maximum bonus a rider can receive being worth up to a deduction of ten points if completed flawlessly. For example, if a task requires that a competitor replace a given pole, and that competitor successfully and efficiently replaces the indicated pole, he or she may have time removed from their actual time.

The fourth and final trial, the cow trial, is included for team competitions. During this phase, competitors are individually and collaboratively judged on their ability to work cattle, with teams being comprised of either three or four riders. Riders are asked to sort, cut and then herd a specific cow from the herd that selected cow, as a team, into a designated pen. This phase is a timed event, with penalties, like the speed trials, adding additional time onto a competitor’s speed. Riders need to communicate, not only with their horses quickly and efficiently, but also with the other members of their team if they are to secure a competitive time during this phase of the competition.

As a discipline steeped in tradition, it is necessary that the working horse be able to perform effectively and efficiently in all trials judged within Working Equitation as they most closely resemble the nature of daily demands on the farm. The competitor should be able to handle cows on the horse just as easily as they navigate assigned obstacles, showcasing their horse’s versatility and skill.

Can My Horse Participate in Working Equitation?

True to form, absolutely any breed, or any combination of breeds, can be utilized for Working Equitation. Given that this discipline was born out of practicality and need; stemming from every color and shape of farm horse, there is truly no discrimination. The most popular breed for Working Equitation is the Lusitano. This flashy breed no doubt looks incredible in the arena, but that isn’t the ultimate reason for its popularity. They are often chosen due to their natural movement. Master horseman Birte Ostwald notes, “They usually have a good canter, which is essential, as is a good walk. Typical horses do not have big strides while walking, but the walk must have rhythm.” So rhythm and movement do play a role in this sport, but more importantly, attitude becomes a driving factor.

Birte goes on to say, “In Working Equitation, you can go far with a well-ridden horse although it doesn’t have the utmost movement potential.” Attitude then supersedes the notion of an animal blessed with big movement, as the horse’s character and drive shine through. Though tasks may seem relatively simple, the horse is able to associate a given task with a sense of purpose; of satisfaction, which only further drives the animal’s competitive spirit and will to perform.

Keeping Tradition, & Our Love of the Horse, Alive

It has been said that history has been written on the backs of horses, but it could just as easily be said that modern civilization has been built on the backs of horses. Although technology and industrialization have made almost obsolete the role of the horse on the American farm that is not to say that our love and appreciation for the role that they have played in the development of civilization has been rendered a thing of the past. Working Equitation may be new to the world of equitation sports in the United States, but its popularity and our love of the sport itself has only just begun.

The speed trial is the final test during Working Equitation individual competitions and the next to last in team competitions. It is thrilling to watch a great horse and rider win this portion of the competition because it takes hard work for both.